Aim: The purpose of the study was to evaluate the effect of artificially accelerated aging on marginal fit and color stability of three CAD/CAM materials used to fabricate laminate veneers.

Conclusion: Within the limitation of this study, it can be concluded that aging the nano-hybrid ceramic had a superior marginal fit and inferior color stability.

Patients’ awareness and demand for aesthetic restorations that mimic the look of natural teeth is ever-increasing and has become one of the patients’ primary concerns[1,2]. Although bleaching is considered the most conservative approach to achieving such goals, in other cases, bleaching cannot solve other issues. This is true when the teeth have minor defects or severally discolored teeth. Ceramic veneers are another conservative solution for anterior teeth in clinical situations that include cases of severe discoloration, enamel defects, diastema, malpositioned or fractured teeth, and aging[3]. There are different materials and techniques which can be used for the construction of ceramic veneers which differ from case to case and according to the clinical situation. Clinicians seek products that are characterized by durability and functional stability. CAD/CAM manufactured ceramic veneering materials including leucite[4], lithium disilicate[5,6] and resin nano-ceramics can be utilized. The latter product is composed of a blend of fillers embedded in a fully cured highly cross-linked resin matrix[7,8]. The resin content of this material (19% by weight) renders it more resilient which reduces the time needed to fabricate the final dental prosthesis[9,10].

Ceramic veneers resemble the natural teeth color. It is important that this color remains unchanged during service. A recent study by Acar et al.[11] compared four types of veneers after thermocycling in coffee. The lithium disilicate was most stable without significant color changes. The hybrid ceramic showed a color change that was clinically acceptable while nano-ceramic and nano-composite were not. The color change is evaluated by the calibrated color difference (∆E), which has values for perceptible and clinically acceptable (∆E < 3.7)[12] results.

A proper marginal fit is vital to prevent potential space between the external margin of restoration and the prepared teeth. Otherwise, complications that include dissolution of the luting cement, plaque accumulation with subsequent gingival inflammation, caries, pulpal involvement, and the creation of stress concentrations (which may reduce the strength of the restoration with subsequent fracture[13]) may result. The most widely accepted clinical marginal opening ranges from 40 to 120 µm[14,15].

The effect of the oral environment on the performance of various types of veneer materials should be investigated to provide patients with veneers that last longer. Long-term stability is influenced by the oral cavity conditions (such as temperature and pH changes, humidity) and the ability of the veneer material to withstand these conditions[18,19].

Artificially accelerated aging is used to simulate the oral environmental conditions to evaluate the ability of restorative materials to remain unchanged[20-22].

There is limited published data on the clinical performance of ceramic veneers under the effect of aging using artificially accelerated aging, and to our knowledge no known published data. Therefore, the objective of this study was to evaluate the effect of aging on the color and marginal fit of three types of CAD/CAM manufactured laminate veneers. The null hypothesis of this study was that the artificial aging would not affect the margin fit and color stability of ceramic veneers.

A power analysis was performed using Epi Info™ v6 (US Centers for Disease Control and Prevention) to calculate the sample size, guided by the power of the test, 80%, and the accepted margin of error, 5%. For alpha level, β = 0.20 for the power of 80%. The effect size calculation was based on the study of Bagis and Turgut[23]. After the calculation, the predicted number was five specimens in each group. 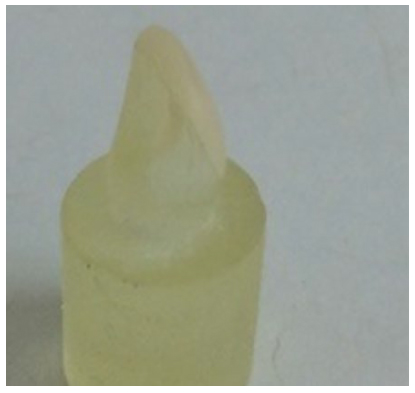 Each prepared die was scanned using in-lab software version 3.8. The ceramic blocks were then milled using a CAD/CAM milling machine (In-lab MC XL milling machine). The laminate veneers were seated and cemented with a self-adhesive universal resin cement (RelyX™ Unicem 3M), on the prepared dies using a loading device with a fixed pressure of 250 g applied for 1 min[17]. The marginal fit of laminate veneer was evaluated by measuring the gap between the edge of the laminate and the finish line in a vertical direction using a USB Digital microscope at a fixed magnification of 90×. A digital image analysis system (ImageJ 1.43U, National Institute of Health, USA) was used to measure and qualitatively evaluate the gap width. The color was measured using a spectrophotometer (X-Rite, model RM200QC, Neu-Isenburg, Germany). The aperture size was set to 4 mm, and the specimens were exactly aligned with the device. Measurements were made according to the CIE (L*a*b*) color space relative to the CIE standard illuminant D65. To artificially age the specimens, a weathering machine called environmental incubator model (Jeio Tech TEMI 300, South Korea) was used. The weathering process involved ultraviolet irradiation, fluctuant temperatures, and a controlled humid atmosphere. All of the specimens were placed on the equipment shelf and exposed to a 9 UV-B light source with radiation of 280/320 nm, at a distance of 50 nm, in the condensation chamber. The program was set for 4 h of UV-B exposure at 50 °C, and 4 h of condensation for a maximum of 300 h, equivalent to 1 year of clinical service[25,26]. All specimens underwent the same color and marginal gap measurements as before the artificially accelerated aging process.

The color difference (ΔE) values were evaluated by calculating the difference in color measurements of the specimens before and after the artificially accelerated aging by using the following formula:

Results of comparison between L*, a* and b* parameters before and after aging with each ceramic type

The null hypothesis of this study was rejected. There was a significant difference between the color properties and the marginal gap of the ceramic veneer materials tested. In the present study, highly filled epoxy resin teeth were used as replicas of natural teeth since they have a modulus of elasticity similar to that of human dentin (14.7 GPa)[24]. Other studies used human teeth, bovine, or animal teeth[18,19]. The human teeth are affected by variables caused by differences in the surface characteristics (cracks, attrition, wear), age of the extracted teeth and the storage after extraction (distilled water, saline, dry storage)[29].

The butt-joint preparation design used in the current study enabled a thicker ceramic layer at the incisal edge of the laminate veneer that increased the translucency of the restoration[30].

The materials used in this study included IPS Empress® CAD which was chosen as it is the ideal material for veneers featuring a natural appearance in shade, translucency, and fluorescence[4]. IPS e-max® CAD was also chosen for its unique combination of compression strength (360 Mpa), and aesthetic properties[5,6]. Lava™ Ultimate represents a relatively new category of resin nano-ceramics. Seating of the veneers using a standardized technique was adopted. Other studies used finger pressure technique which does not ensure standardization[18].

In this study, artificially accelerated aging is a method to simulate intraoral conditions. According to the manufacturer, 300 h of weathering equals one year of clinical intraoral service[26]. Weathering is a convenient method to test the performance and endurance of dental materials used in many studies[22,26]. It encompasses alternating exposure of darkness and light as well as intermittent exposure to water spray. Validation of the method was verified by previous studies[20,25,26].

Regarding the color difference, the ∆E mean values showed no statistically significant differences between the three tested groups; whereas, the mean and standard deviation of the IPS e.max® CAD showed the highest mean value followed by the IPS Empress® CAD and the Lava™ Ultimate showed the lowest mean value. This result is not in agreement with Acar et al.[11] who stated that lithium disilicate was the most color stable material compared to hybrid nano-ceramic and nano-composite. The difference may be attributed to the method of aging. The latter used coffee thermocycling which includes temperature fluctuation, and coffee staining. The incubator used in this study included ultraviolet radiation, humidity, and temperature fluctuation.

Under the effect of aging, the Lava™ Ultimate demonstrated a decrease in the (a*) value. The IPS e.max® and IPS Empress® were not affected by aging. Previous studies evaluating color characteristics revealed different findings. Turgut and Bagis[20] stated that aging caused significant color changes in ceramic discs made of IPS e.max® press luted with three types of luting agents, one of which is the type used in the current study (RelyX™). The (L*) and (a*) values decreased while the (b*) value increased after aging. In the current study, the only value that changed was a decrease in the (a*) value in the Lava™ Ultimate. This difference may be attributed to the difference in the material used.

Regarding the marginal gap, all of the tested materials demonstrated an acceptable value. The acceptable clinical marginal opening is between 40 and 120 um[14,15]. There was no significant difference found between the three ceramic types before and after aging which is similar to findings of other studies[16,17]. After the artificially accelerated aging, IPS e.max® and IP Empress® demonstrated a significant increase in the marginal gap compared to the pre-aging values. However, the Lava™ Ultimate group did not reveal any significant change in the marginal gap under the effect of aging. This lack of significance may be attributed to the resin component in the Lava™ Ultimate and in the epoxy resin die material.

In conclusion, within the limitation of this study, it can be concluded that by aging the nano-hybrid ceramic had a superior marginal fit and inferior color stability.

The author would like to acknowledge the efforts of Dr. Jon Wanger in refining the final manuscript.

All data are stored in the computer lab in faulty of dental medicine Azhar university. 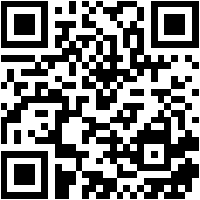