Implant dentistry is the dental discipline that is concerned with the replacement of missing teeth and their supporting structures with artificial prostheses anchored (osteo-integrated) to a jaw bone.[1] It is often currently considered as a recommended treatment option for patients with prosthodontic needs, taken into account its high success rates (95.5-98%) and durability (90% survival rate after 15 years).[1-3] However, a number of clinical complications have been reported to be associated with dental implants, such as gingival recession, gingival inflammation, crestal bone loss and inflammation of the surrounding periodontal tissues (i.e. peri-implantitis).[4-6] Also, despite the biocompatibility of dental implant materials (mostly titanium),[7] they are yet incapable of mimicking the chemical, physical and biological properties of natural tooth materials (i.e. enamel, dentin, cementum, pulp and periodontal ligament) and their physiological functioning. As a result, several revolutionary ideas have been proposed to overcome the aforementioned limitations of dental implants, taking advantage of the immense advances in biology, tissue engineering, computer and information technologies that took place over the last two decades.

One of the earliest visionaries in this field was Professor Paul Sharpe of King’s College London and his team who successfully created the first fully-developed “lab tooth” and associated bone in 2004, by using only cellular components.[8] They combined bone marrow cells from 6- to 9-week-old mice with embryonic oral epithelium from 10-day-old developing murine embryos. The combined cells formed explants that were then transplanted in renal capsules. After 12 days, the resultant teeth resembled late cap/early bell stage morphology and composed of ameloblasts, odontoblasts, enamel, dentin, dental pulp and surrounding bone tissues. In addition, the authors also successfully implanted the aforementioned explants into the tooth-less regions of adult mice which resulted in the formation of well-developed teeth with dentin, pre-dentin and periodontal ligament (26 days post-implantation).[8] It was remarkable that the resultant teeth assumed the histo-morphology of normal developing teeth (even in tooth-less regions of mice) despite the use of non-dental cellular components. This could be explained by the origin of initiation/stimulation signaling which were derived by the embryonic oral epithelium, in addition to the signals originating from surrounding bone sockets.

In spite of the groundbreaking outcomes of this King’s College project, the cellular components used to create these teeth were extracted from non-human and embryonic sources which are both impractical for any potential human clinical applications. As a consequence, research was further conducted to explore the use of human cells in cellular combination and transplantation experimentations. For this purpose, human gingival epithelial cells were isolated, cultured and combined with embryonic mesenchymal cells from 14-day-old mice embryos. The combined explants were then transplanted into murine renal capsules and were then left for 6 weeks for in vivo development. The resultant teeth did not only form tooth replicas with dentin, dental pulp and cementum, but they also formed hard-tissues, demonstrating the successful use of human cellular components in tissue-engineered implants and paving the way for future clinical applications.[9] It is, however, important to highlight that further research is fundamentally needed in order to render human applications as feasible and safe, including testing the use of human mesenchymal and epithelial cellular components, exclusively, in combination experiments, the use of human renal capsules, and also conducting randomized clinical trials on humans by transplanting the combination explants into participants’ jaws.

Parallel to the above mentioned findings, a different approach was being developed by Professor Pamela Yelick and co-authors at Harvard and Tufts University.[10] This approach is centered around the notion of using tooth-shaped constructs that can be seeded by cells. Firstly, they used tooth bud cells harvested from 3- to 5-day-old rats to seed biodegradable scaffolds made of polyglycolic acid (PGA) and poly-L-lactide-co-glycolide (PLGA). The seeded scaffolds were then grown in the omenta of adult rat hosts for 12 weeks. This method reliably produced bioengineered tooth tissues composed of dentin, enamel and dental pulp.[10] This method facilitates the control of the shape and size of the bio-engineered teeth by controlling the shape of the scaffolds. But, there will still be a need for custom scaffold manufacturing and use of chemicals (e.g. PGA and PLGA). Also, this method requires the use of radiographic diagnostic tools to assess the quality of bone, and size and depth of space available for the scaffold. In addition the use of drilling for this surgical operation is needed to prepare the space for the scaffolds which offers no real advantage over the current implant dentistry surgical procedures. Additionally, this method is fundamentally based on the use of tooth bud cells which can be considered as a practical obstacle for future clinical applications. Tooth bud cells were further used in other significant works by Pamela Yelick’s team, such as: the use of tooth bud cells to seed tooth-bud constructs made of gelatin methacrylamide and the use of tooth bud cells in combination of bone marrow cells to seed a construct of poly L-lactic acid, PGA and gelform. The latter constructs were both in vivo transplanted and successfully resulted in formation of tooth-like structures.[11,12] It would, therefore, be crucial to investigate the use of human stem cells in the previous approaches to test their clinical potential.

Implant dentistry techniques and materials can provide optimal prosthodontic solutions within the current constraints of science and technology. It is no surprise that researchers have already attempted to further push the boundaries of biology, tissue engineering, and computer sciences to induce a revolution in implant dentistry that could ultimately change the way we perceive and practise prosthodontics. However, as is evident in this editorial, research findings indicate that we still have a very long way to go to achieve this goal as enormous laboratory efforts, clinical trials and investments have yet to be utilized in order to turn these visions, concepts and approaches into reality.

Literature search and writing-up: A. Mohamed 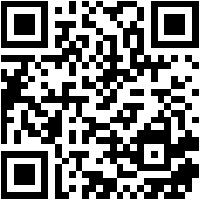